Helping You Start Over

I help successful women and men create irresistible and thriving lives after divorce, breakup and widowhood by leaving their pasts behind and clarifying their deepest needs and desires. 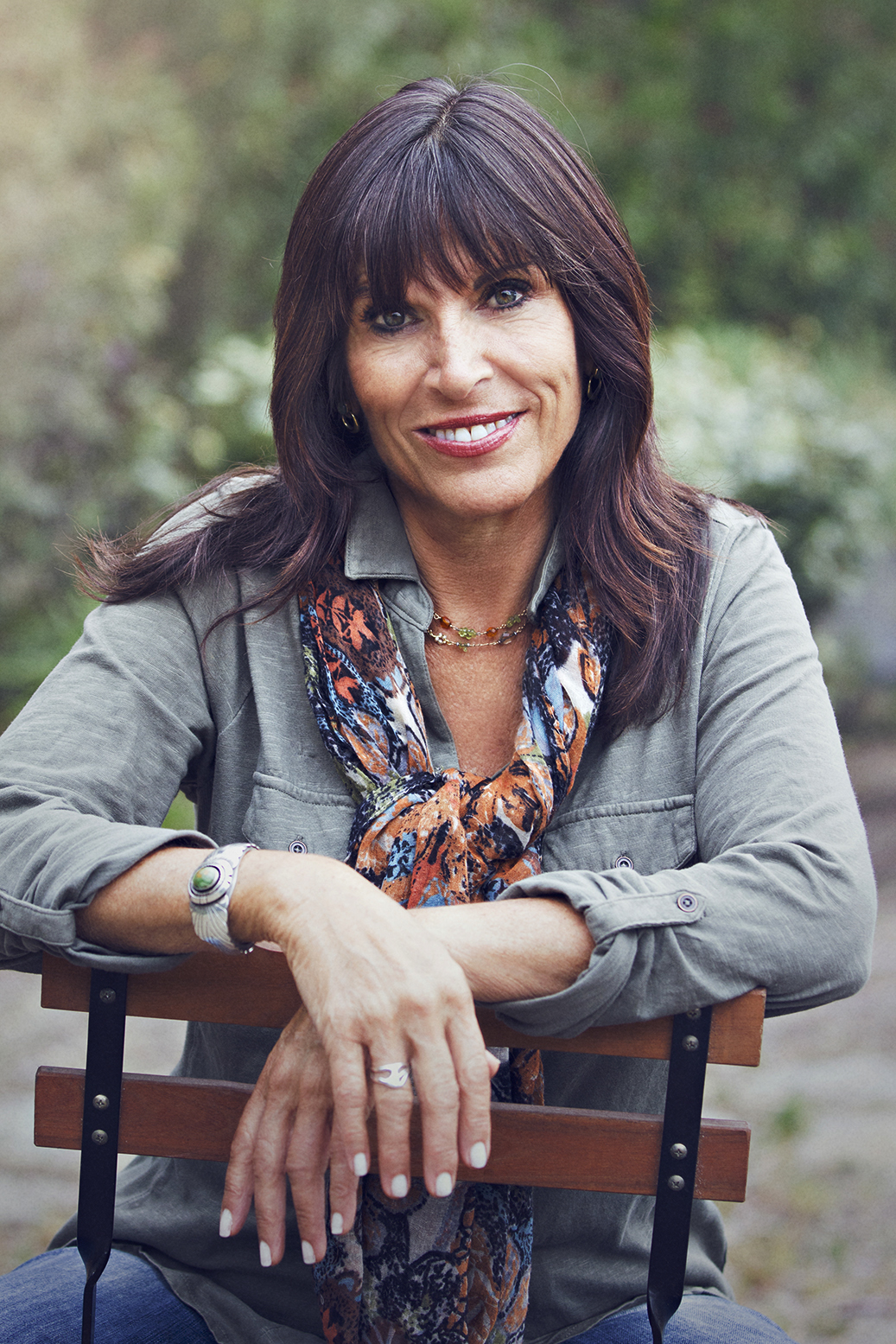 To Get Started, Download One of My Powerful Cheat Sheets to Enhance Your Relationships and Intimacy. 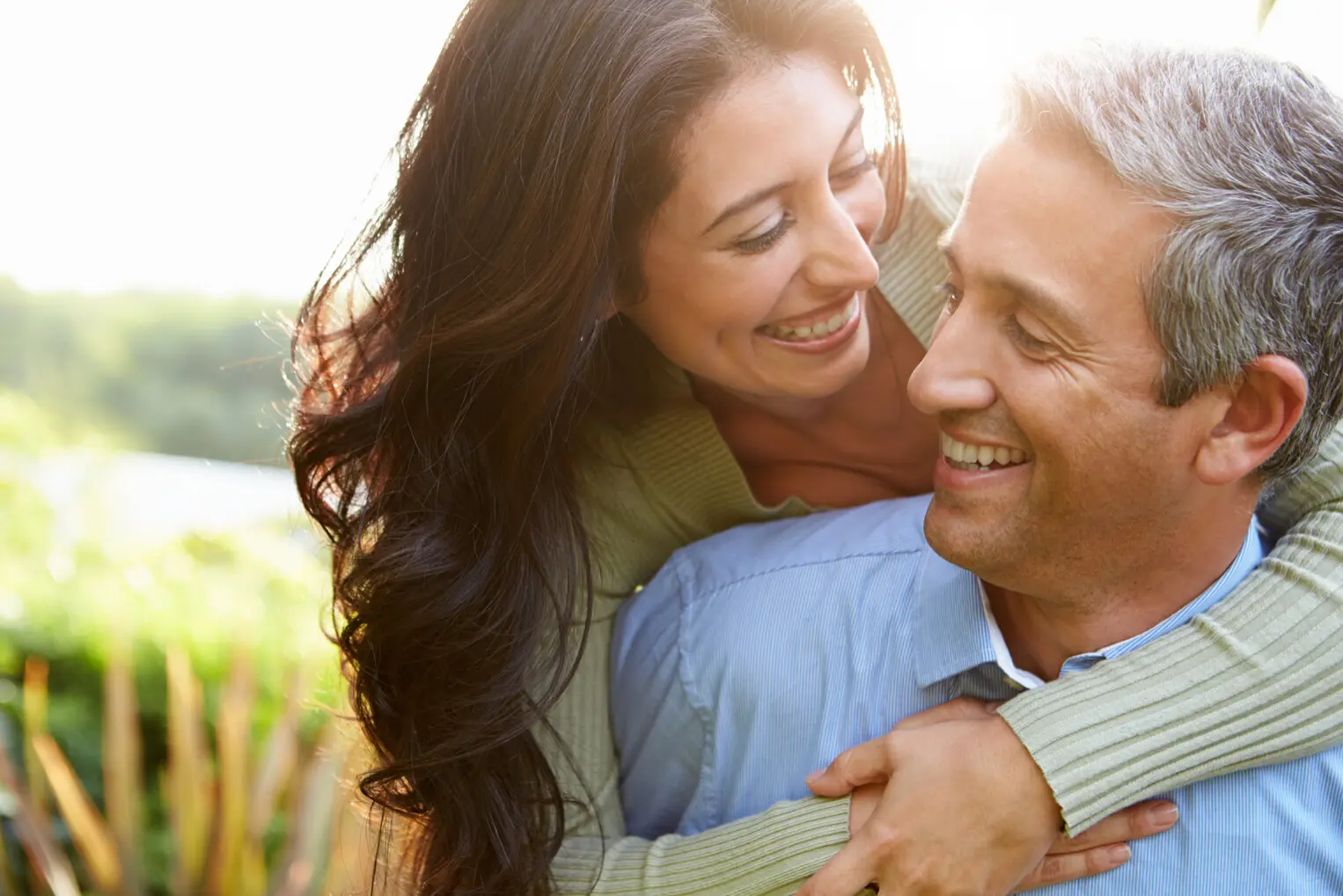 FIND THE RELATIONSHIP OF YOUR DREAMS 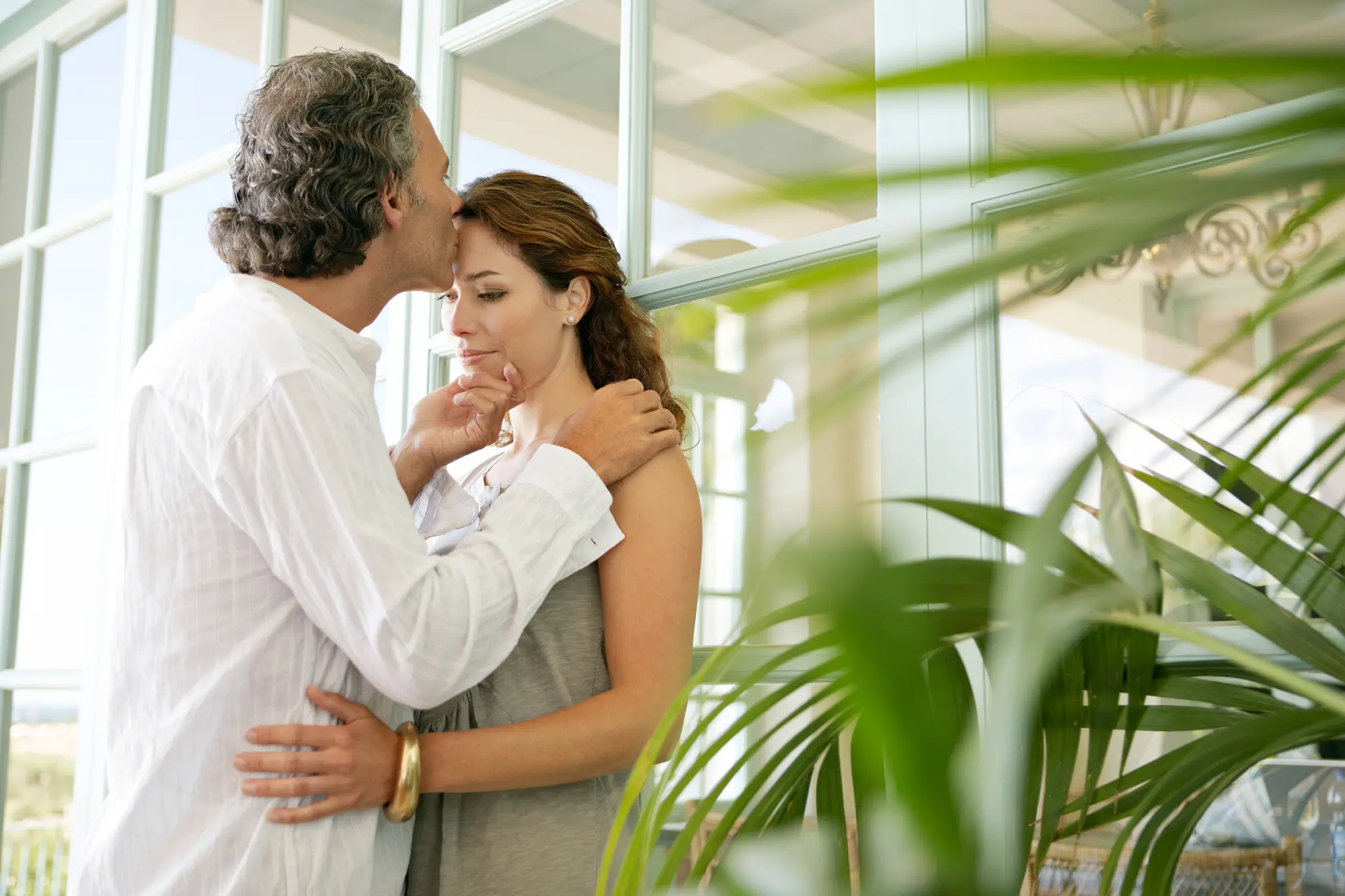 6 JUICY WAYS TO ENHANCE YOUR INTIMACY

Next, schedule your free connection call with Karen:

WHAT I DO BEST

Let's work together in the following ways

In school, we are taught everything from basic academics to how to succeed professionally. Therefore it's not a surprise that most of us lack information and support when it comes to our sensuality and intimacy. This, and the fact that our culture considers these subjects taboo, make it important to find a mentor who will make you feel comfortable talking about the uncomfortable. That’s where I come in.

Achieve profound breakthroughs in a private immersion with me (available if you're single or divorced). This custom-designed experience will help you release what has not worked in the past, look at what has worked, and support you in designing a life better than you could’ve imagined— especially in the realm of your intimate relationships.

Traditional relationship counseling has its place, particularly when dealing with childhood wounds. However, when it comes to intimacy in the bedroom, it is difficult to break patterns with talk alone. My work is more than just giving advice— it’s a revolutionary, experiential way to catalyze change and growth in your relationship and intimacy with your partner. Given that the largest turn-on is the brain, I emphasize deliberate communication techniques that take your relationships to the next level.

How to Thrive After Divorce

Almost half of all first marriages end in divorce. And since statistics prove that second and third marriages are destined for divorce 60-70% of the time, might it make sense to learn new skillsets in order to avoid becoming a stat? There ARE women who THRIVE after divorce -- women who are excited to wake up, who feel connected to their passions and soul purpose, who feel like they can FINALLY start the life they’ve always dreamed of, and who are NO LONGER held back by their past relationships. Women who are able to attract a healthy, juicy new relationship. The first thing I want to tell you is -- You’re not alone.

Just like you, I have a story of how I got here

Karen Solomon is the author of Sexy, Sassy & Starting Over; Recipes for a Sweet & Savory Life After Divorce. As a speaker and a coach, she delivers keys to confidence from the bedroom to the boardroom. She's bold, wild and inspires women to be their truest selves. Karen immediately captures her audiences with her warm and humored-filled presentations. She integrates a solid foundation as an educator with more than two decades of style and relationship coaching. Karen's passion, insight and genuine desire to serve, combined with her ease of connecting leave audience members laughing and loving themselves.

Karen's academic and experiential background combined with years of personal development, her long term successful marriage and amicable divorce have prepared her to assist others in navigating life transitions. A grateful breast cancer survivor, she advocates for women going through similar journeys. Her signature seminar, Men, Sex & Money®, along with her coaching practice, combine to offer real solutions to creating an irresistible next chapter, particularly post divorce, filled with clarity and pleasure. Her deep dive coaching programs and presentations result in practical, long-lasting tools to upgrade life and relationships. She’s most excited about facilitating personal transformation for successful women after divorce. 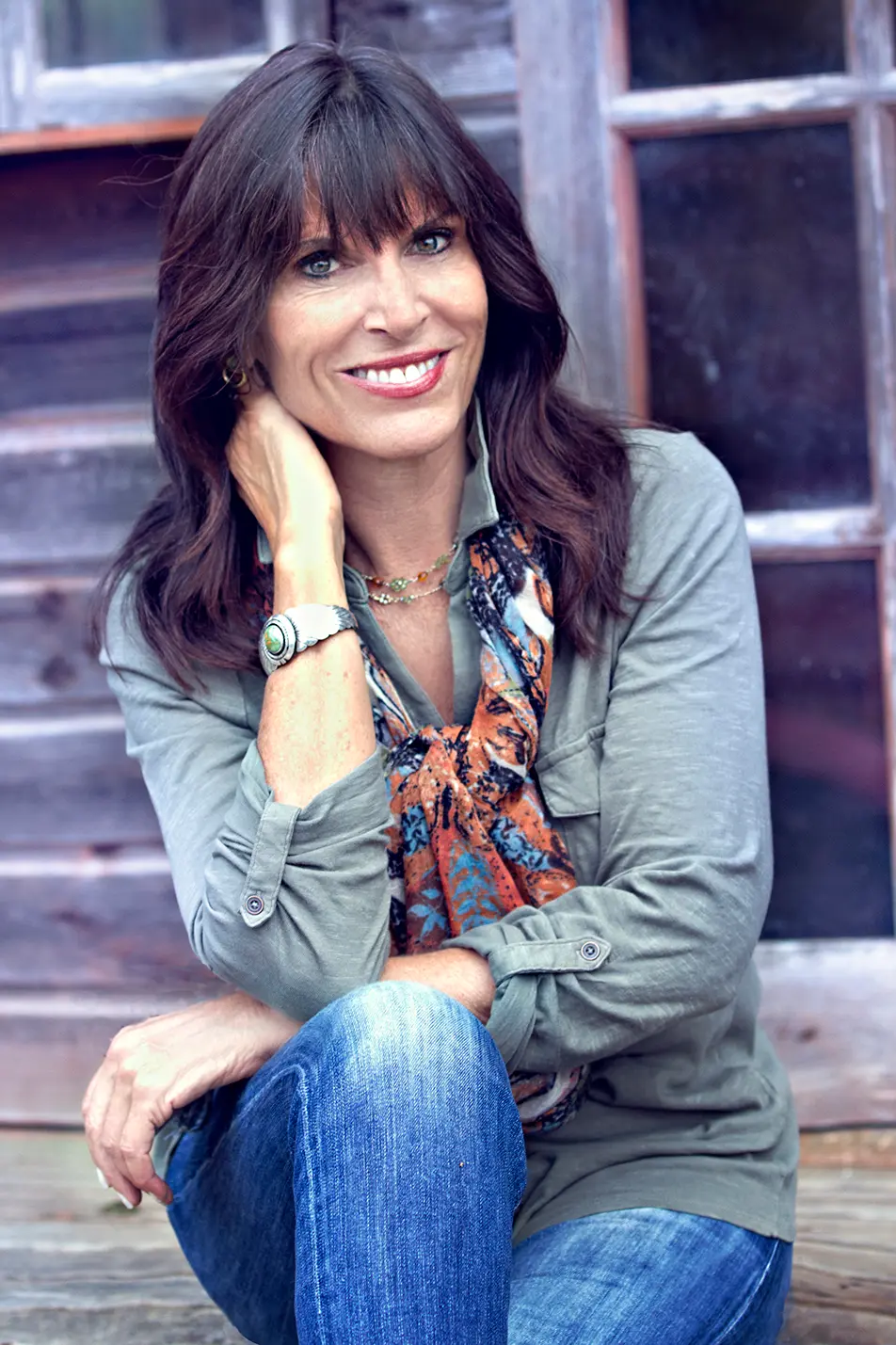 Sexy, Sassy, and Starting Over! provides concise directions to a better, more romantic, fulfilling life after divorce. This relationship cookbook holds the ingredients to a bolder, sweet and savory life. Come to this ‘dinner party’ and find yourself whisked to a delicious place where balance, love, and passion returns to the menu. Here you will find tasty honest love and simply scrumptious recipes for making quick change after divorce. Karen prepares a quick read that brings the flavors of relationship success in a single sitting. If you’re looking for the ingredients and recipe to decorate your life with invigorated direction, passion, and fresh honest relationships – this is your book. 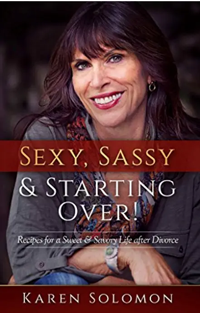 THEY HAVE A LOT TO SAY

I am a 51 year old business woman from San Diego. Having been married and divorced twice, I wanted to be empowered to make better choices for myself. Through the coaching I received from Karen I have attracted a wonderful man. Karen is down-to-earth, nonjudgmental yet powerful and full of love and wisdom. I've used Karen’s A.R.T.Full™ Communication tool to help me make requests without being demanding or threatening. At one point when my man and I were snuggling, I wasn’t thrilled with how softly he was touching me, as it tickled. Rather than saying what I didn’t like or being directive about how he should do it differently, I told him I Appreciated him wanting me to feel good. Then I Requested for him to please touch me with more pressure as it turned me on…then I Thanked him. Definitely a win-win for both of us!

When Tanya and I began our work together, she was in her mid 30’s and in a relationship with a man she really cared for. She came to me for guidance in getting clear about whether or not to move forward into a deeper commitment with him

Together we created Tanya’s list of criteria including her must haves and subsequent deal breakers. I asked if she and her guy had talked about creating a family together. She told me he was clear about not wanting to have children, yet she wasn’t so sure.

We talked it through, clarifying her vision for her future which did include wanting to be a mom. Even though she cared deeply for her partner, they simply didn’t want the same things. She broke off the relationship that very night.

Less than a year later I was thrilled to receive a call from her letting me know she’d fallen in love with a man who could think of nothing better than to raise a family with her. They now have two lovely little girls.

Tanya not only got clear, but also was willing to ask for what she wanted.

“When my husband and I first got together almost a decade ago, I had two teenagers that weren't happy about him and thus were disrespectful causing stress in our relationship. Karen taught us several communication tools that helped us as a new blended family. Now my kids are thriving out on their own and we continue to use the tools Karen taught us which serves us to endlessly deepen our relationship. So grateful!"

“When our marriage was suffering from a lack of connection, intimacy, and a lot of fighting and frustration between us, Karen helped us develop techniques and practices to reconnect, hear each other and be heard, and discover ways to rekindle our intimacy. She helped us to “complete” on our past issues, using several very powerful processes making it possible for us to get present with one another in a way we hadn’t been in ages. Marriage is hard work, and my wife and I are very different people from very different backgrounds; like any pair of connected humans, we don’t always agree. However, thanks to our work with Karen, we have powerful tools that help us to get past bitterness, defensiveness and resentment, and move forward with loving, careful, kind communication.” 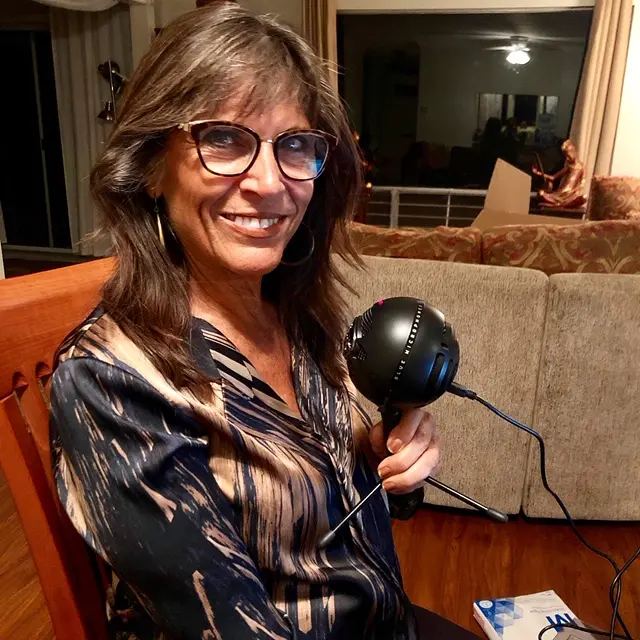